In the same vein as games such as Overcooked, Tools Up! instantly caught our attention. Party games that require some teamwork as opposed to just facing off against each other are always a big hit in this house. The Knights of Unity's Tools Up! is no exception. 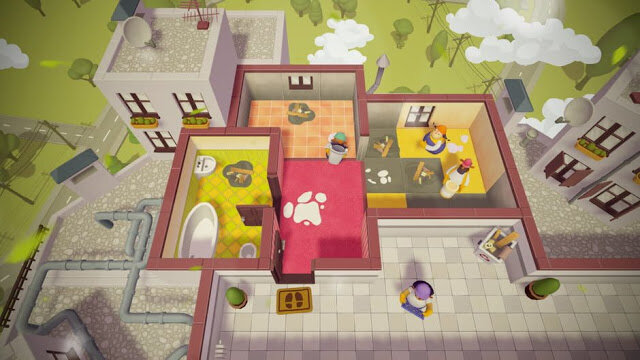 Fast paced and frantic, you are tasked with some DIY jobs, from painting walls to lifting and replacing flooring. Jobs start off straightforward, to ease you in gently, but quickly increase in complexity with some necessary items being delivered during the round, and frequently having tins of paint sitting in another room from the one that you need to paint (make sure you check the blueprint before you make the same mistake I did!). 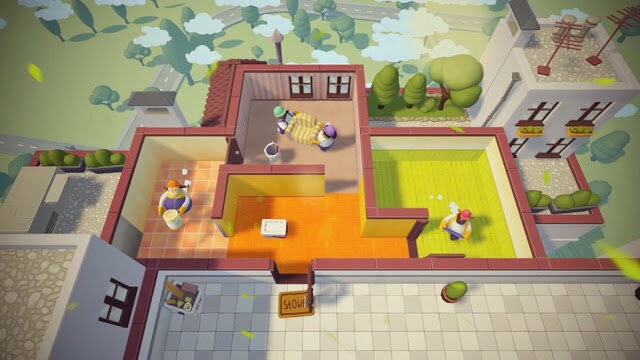 Additionally, some levels will have paint spills and other clutter for you to clean up and toss out. Failing to do so promptly often results in hilarious yet frustrating falls - particularly if you just keep falling from one into another. 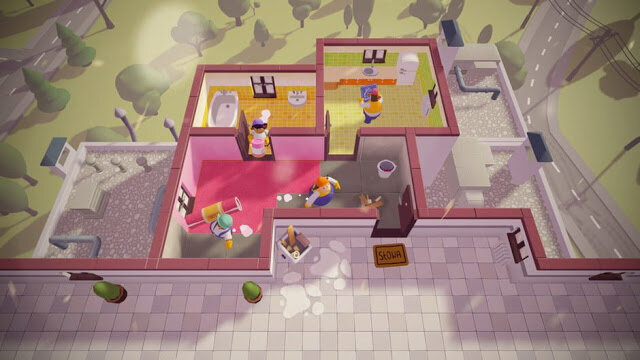 Sometimes walls can't be painted until the wallpaper is removed, or flooring is lifted to allow new carpet to be laid. And sometimes, you have to mix plaster and smooth out the walls and floors before you can do anything at all. These tasks can be divided between you and a friend to work more effectively, however the game can be played single player too. Ideally, you should play couch co-op, as it definitely feels better that way.

Playing with my four year old daughter, we had a lot of fun. While it took some getting used to (as there's very little in the way of a tutorial), once we were up and running we just kinda figured things out as we went. She had a lot of fun sabotaging our efforts when she realised she could lift my character and just walk around with me in her arms, and in retaliation I had fun doing the flooring and trapping her in a corner until it dried. Levels are time bound so even the slightest bit of sabotage (or even simply messing up accidentally) can totally break you. Likewise, sometimes the selection would have an issue if you were caught in a tight corner or had too many things close to each other to pick up, shaving valuable seconds off of your time as you frantically try to pick up the trash.

We both really enjoyed playing and have found ourselves frequently going back to the game when we've got some free time. The art style was cute and bright and kept our attention, whilst the music was fun and instilled a definite panic in you at times. Remembering to always clear the level as you go along is an important part, as once everything is complete, you can't finish until you've done so. Trying to clear up at the end can be quite panicky, so dealing with it as you go is definitely beneficial.