Developed by Monster Couch during a Game Jam, Tetsumo Party is a nice straightforward party game where you change your character's stance to fit through gaps in a fast moving bamboo wall racing towards you. Or rather, it's a straightforward concept, but put into practise it's far more challenging than you'd expect. Each limb is controlled by a separate button (the triggers and bumpers on Xbox), with a few different levels of movement on each. 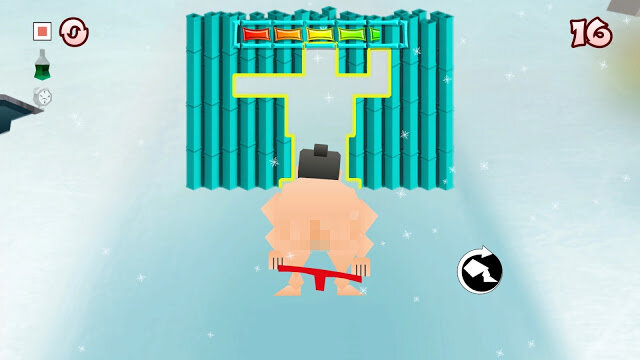 There's not a whole lot of depth to this game, as it purely just involves you doing the same thing repeatedly, getting faster as you go. Poses are easy enough to understand, but tapping furiously to switch to the correct positioning can easily mess you up; one too many taps often leaves you not enough time to loop back around before the bamboo wall hits. 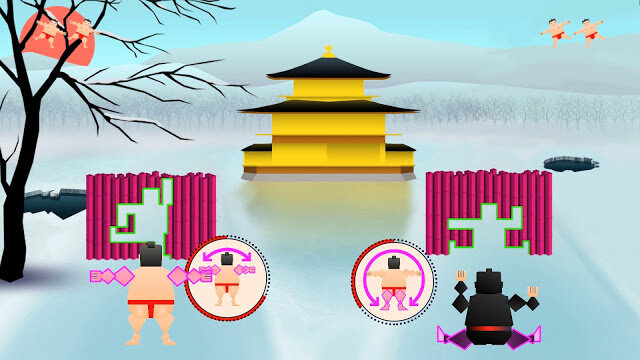 Playing Tetsumo Party with friends, particularly if you've had a drink, seems to be the best way to play. It's super fast-paced and with simple enough controls that you still can't quite master, playing head to head with friends seems to make the formula work better. It doesn't take much to learn how to control your character, but getting the timing (and number!) of taps right just seems to be a struggle for everyone. This works well in the context of the game as you frantically try to reposition your sumo, often having just one leg or arm out of place - sending you right back to the beginning. 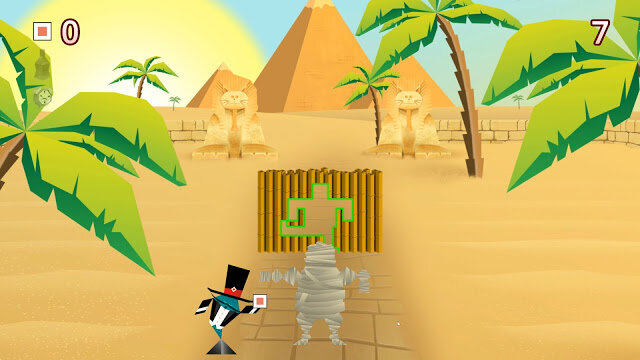 There's a variety of unlockable characters, ranging from ninjas to mummies and pharaohs. Each character has their own optional objectives to unlock, shown at the top right of the Character Select screen as you scroll through your choices. These add a little more thought into things and while it tries to keep things fresh by adding these in, for the most part the game grows tiring fast.

The visuals are simple and blocky in their design. Everything has a very minimalistic vibe and whilst this can sometimes be quite pretty to look at throughout the course of the levels, it often feels quite drab and boring too. Sound design is poor, with almost no music aside from the main menu theme and irritating loops of voice lines. Again, if you're drunk at a party with music on, laughing with friends, these things probably won't be as much of a bother but it's still not enough to make me forgive the poor sound choices.

The humour itself falls flat too, which is something we'd really hoped would help to elevate the game a tad. Silly, drunk fun games like this need a bit of humour to prop them up, it helps to gloss over some of the flaws if a game is funny enough or prods fun at itself, but here it just felt like that was missing. It's a cheap game at less than a fiver on Xbox, so if you're looking to take a risk on a new party game then it might be an option for you, but I wouldn't get your hopes up too high for it to have you hooked.