Tcheco in the Castle of Lucio

Marcelo Barbosa’s Tcheco in the Castle of Lucio is a bizarre little 8-bit platformer with some out-of-the-box puzzle elements, where you play as Tcecho, a boy who finds himself in a mysterious castle filled with strange threats and big bosses. There are 65 levels for you to work your way through, with two different ‘difficulty’ modes. These modes actually caused me a bit of confusion at first as they are called ‘Classic’ and ‘Try Harder’. I basically never play on harder modes for my first run-through, whereas Allan does, and yet I couldn’t understand how he’d completed it all so quickly when I was unable to get past the 11th level before running out of lives. The difference between these modes is that Classic gives you a set number of lives, and losing them all takes you right back to level 1 again - whereas the ‘Try Harder’ mode allows you to restart the current level upon death, without losing your overall progress. 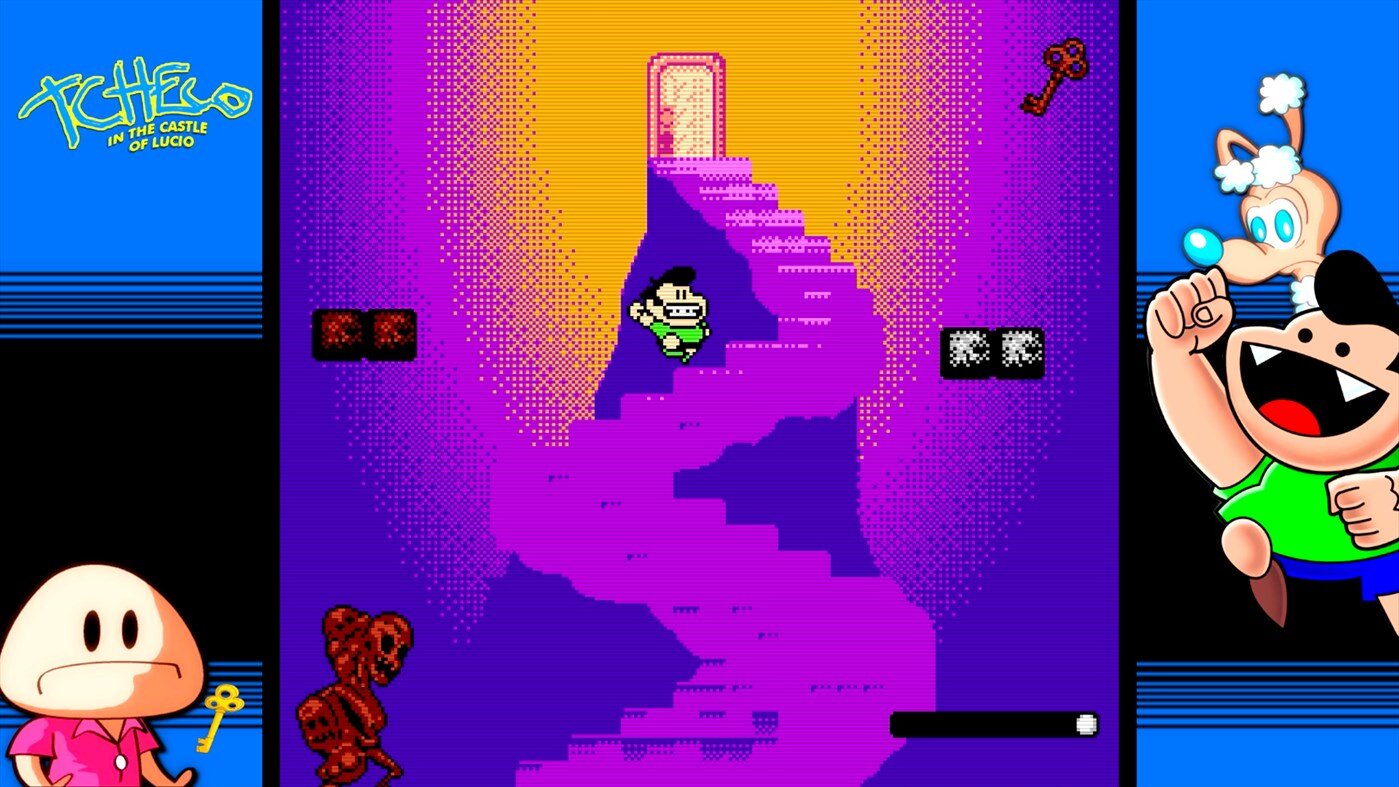 The 8-bit artstyle, especially when combined with the slightly nonsensical gameplay, gives off some real retro vibes. Levels mostly take place within a single screen, usually moving on from one to the next by passing through doorways. To unlock the level exit, Tcheco must collect any necessary keys before making his way to the door - sometimes this can be fairly simple, but other times will require some lightning-fast precision and a heavy dose of luck. Levels are widely varied, with some needing you to jump from one side of the screen to the other over moving platforms, by skateboarding over gaps, or even by lowering water levels to defeat mermaids. The music is catchy, albeit fairly repetitive, and continues across levels. There’s only a few different tunes you’ll hear throughout the entire game, but these all sound very alike - so a bit more variety here would have been appreciated. There’s a few bosses that you’ll go up against, each being defeated in basically the same way - by launching projectiles towards them by jumping on buttons, making sure to dodge out of the bosses’ way in the process. These require a fair bit of timing too, as the boss needs to line up with the projectiles when they launch, and this takes a little bit of time from when the button is pressed - I ended up taking way longer than necessary with the final boss due to my absolutely awful timing, which led to a bit of frustration, haha. 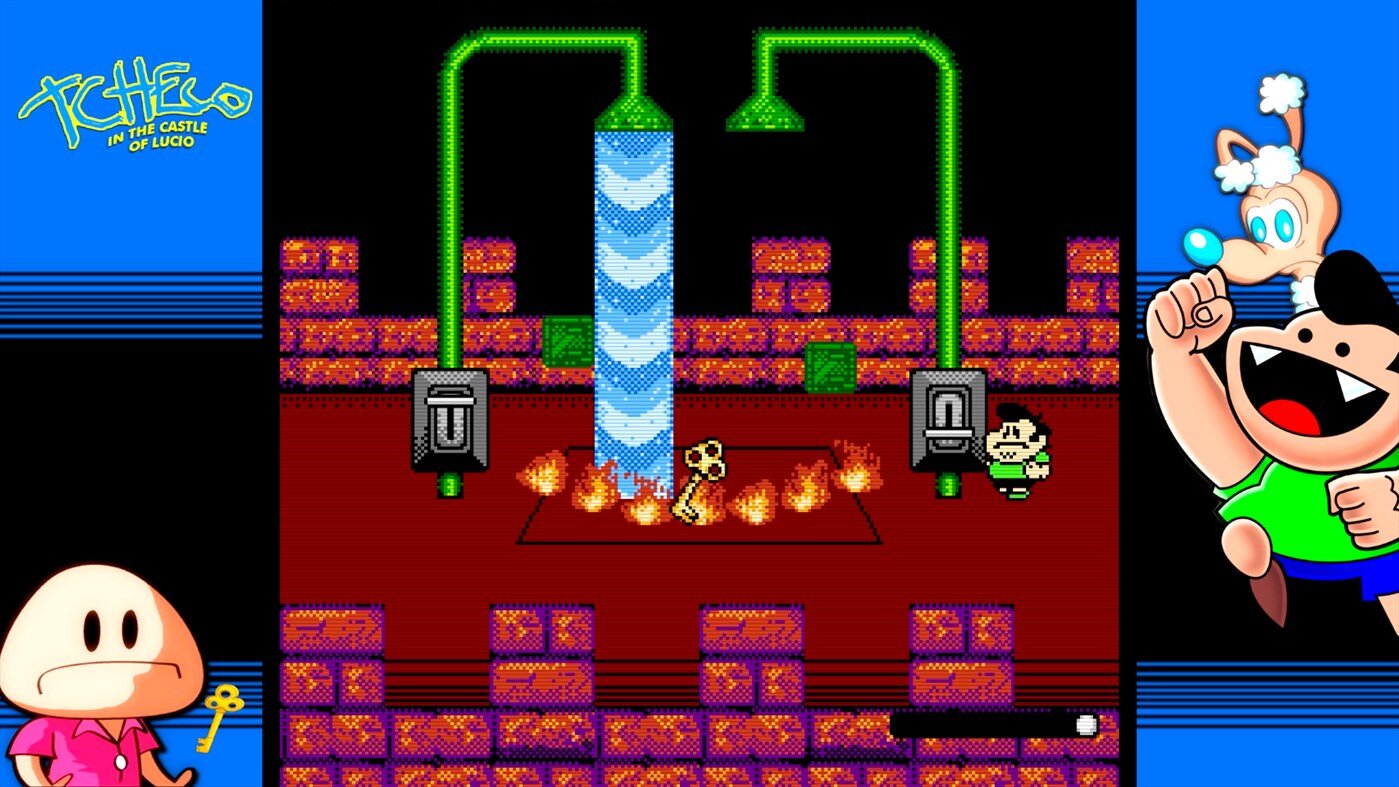 At the price of £4.19 on the Xbox Store, Tcheco is a fairly decent price for the variety, and level of content you get. It’s a pretty short title, and doesn’t give you much replayability in all honesty, so it all depends on your opinion on if this type of game is worth it to you. Achievements can all be gained via the ‘Try Harder’ mode, so you don’t have to worry about not being able to get very far in Classic - although frustratingly there is no level select available, so if you do miss something, you’ll have to play all the way through again to get it. Overall, we had a decent time with Tcheco in the Castle of Lucio but don’t think it’s one we’re likely to come back to again beyond gaining all of the achievements. 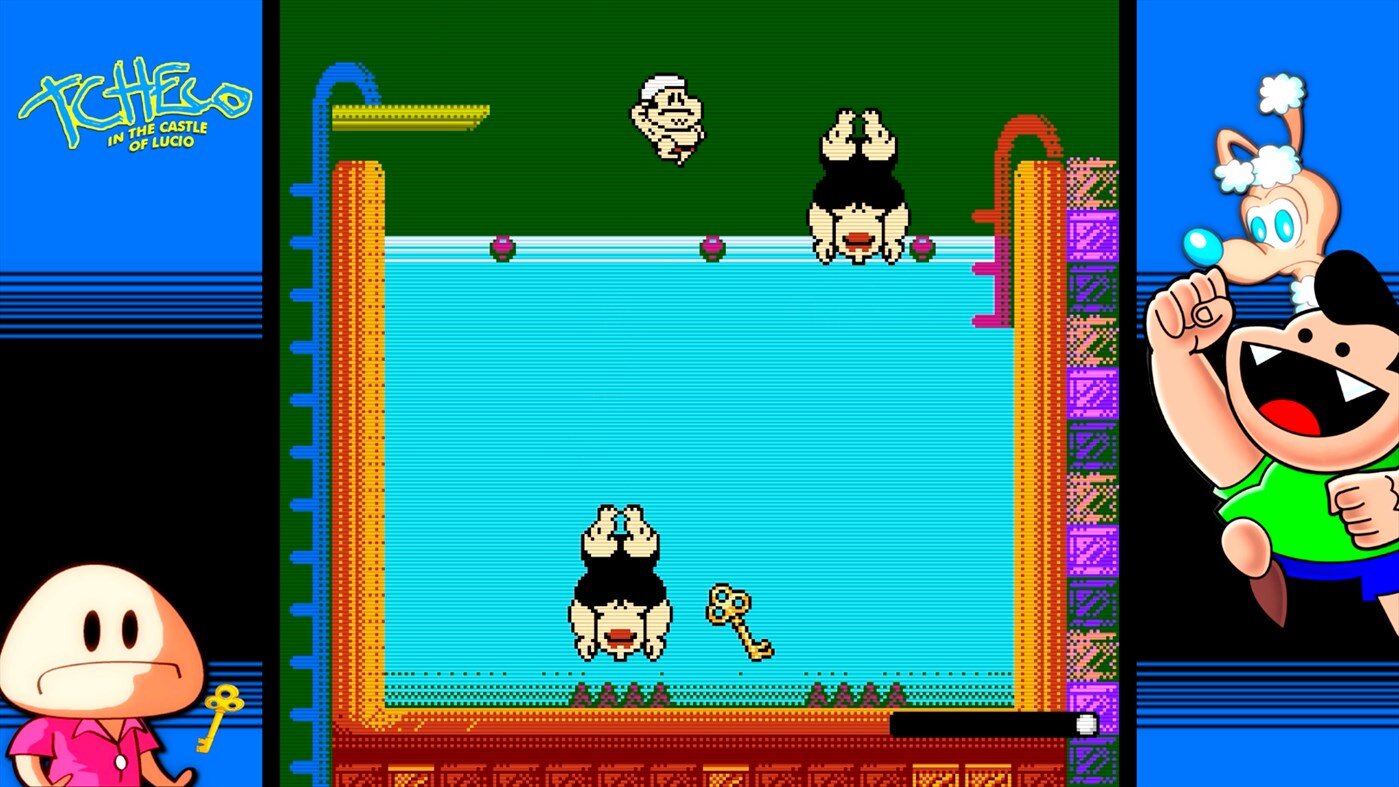