Originally released for PC in 2019, developers Stovetop LLC have finally brought Snakeybus to Xbox One. Reminiscent of the classic Nokia phone game Snake - you drive a bus that grows in length the more passengers you collect. It's a ridiculously funny concept, and one that had us eager to play as soon as we discovered it. But did it live up to our expectations? 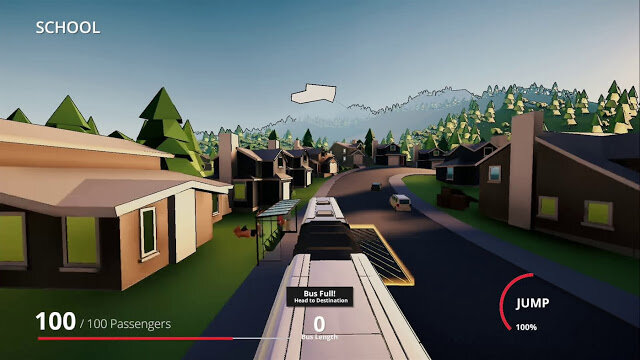 As mentioned above, the bus you drive - or are? - grows with every additional group of passengers that you collect. The aim of the game is to reach the desired number of passengers before making your way to the destination without stopping. Remember that 90s movie, Speed? Yeah, just add a whole bunch more people onto that bus and have it stretch out for miles behind for some comedic flair and there you have it. 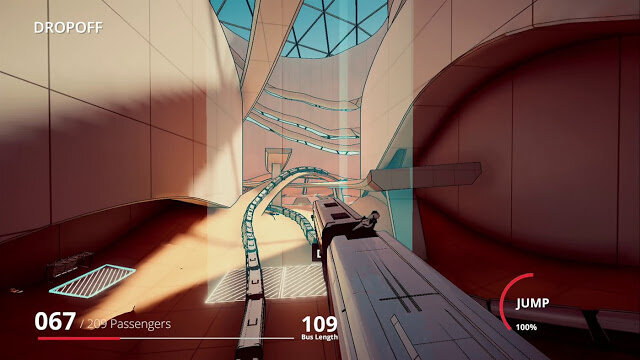 Ensuring that your bus keeps moving seems like a straightforward task - surely you just keep driving? Well yes, but there are obstacles in your way that you might find yourself crashing into, bringing your speed down and causing you to explode into a fiery death. Sometimes, those obstacles will actually just be other parts of your bus, looped round and round and round until you're trapped inside like a game of Slither. Thinking ahead and being cautious about your moves helps to keep things flowing. 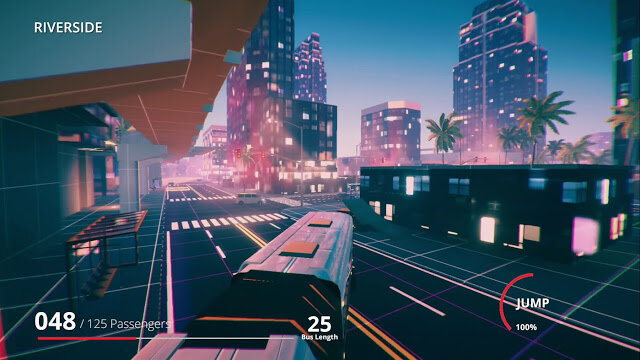 The art style is varied, and very nice to look at. It ranges from some levels having a realistic vibe, to others with cartoony or geometric looks, all the way to levels that are blown up in size so that you're just a tiny little toy bus in a dorm room. The music on the other hand is very smooth, and almost relaxing in comparison to the frequent chaos unfolding on screen. It works, but at the same time I was totally hoping for some Crazy Taxi tunes here. 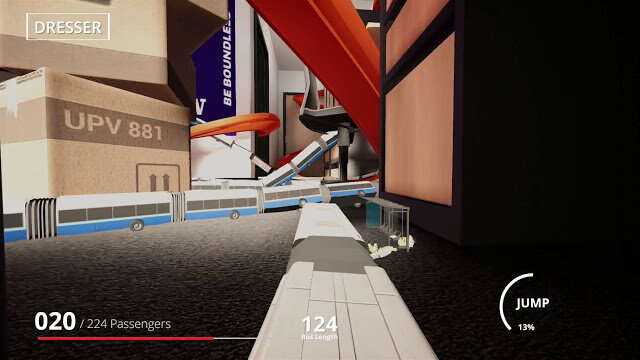 There are a few different game modes on offer here in Snakeybus: you've got the classic... well, Classic mode, Time Race which adds extra time with each successfully reached destination, Endless which has you just bussing it around doing whatever you want, and lastly Aerial which has you working your way through the Cave level trying to keep your bus in control as it awkwardly flies through. In any normal level, you have the ability to jump with your bus, giving a slight assist to pulling off escape manoeuvres when you trap yourself and allows you to dodge out of the way of the back end of the bus if you come too close on a loop. This can sometimes be pretty frustrating to control, but on Aerial mode it becomes almost impossible.

One thing that the game definitely missed a beat on is multiplayer. This game looks absolutely perfect for online multiplayer: going head to head with friends and trying to sabotage each other by driving your bus directly in front of them. A whole lot of hilarity would ensue. Our kids were even excited by this as they thought the game looked like the most hilarious piece of nonsense they'd seen in a long time (in a good way!), but as soon as we all realised that the only aspect of multiplayer that the game includes is online leaderboards - we were quickly deflated.

Snakeybus is a fun game, but has very little that makes you want to come back and play more. There's 11 levels to choose from, and while the different environments and art styles are interesting, it feels very samey fast. Additional vehicles can be unlocked by reaching certain scores, so this gives you something to aim for but it can feel like a bit of a chore at times. If multiplayer (local and online) were to be added, it would breathe new life into the game and would have us back instantly. It's reasonably priced at £9.99, but if multiplayer is added in later this would make it an amazing bargain.