A joint development effort between Simpleton and GrabTheGames, and published by Ratalaika, Paw Paw Paw tells the story of a once peaceful kingdom that has now been thrust into chaos after the King suddenly decided that everyone should be wearing pants! Starting out, you’ll play as one of four available characters staunchly against this new rule: the ANTIPANTS, the resistance who must stop the King and bring peace back to the land. 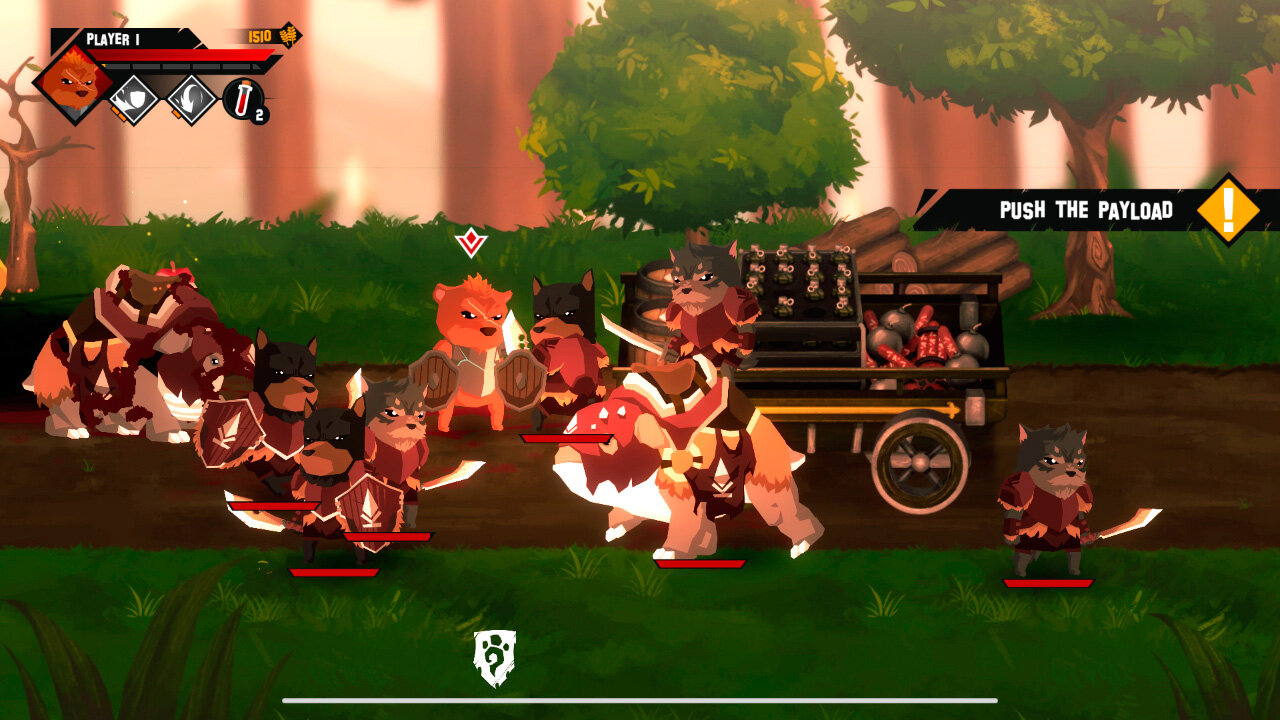 Playing like a classic linear beat ‘em up, you’ll work your way through the levels defeating everyone you come across. As you progress, you will level up your chosen character and unlock new combos and weapons to help you on your quest. You can choose to play alone, or with a group of up to 4 players - so we opted to rope the kids into the game so we could all play together. Playing as a team of four means that the screen can often get quite busy, as you’ll frequently have a whole bunch of enemies coming at you at any one time, so it can become a bit difficult trying to see through all the chaos - but playing alone becomes an unbearable grind due to getting swarmed repeatedly. 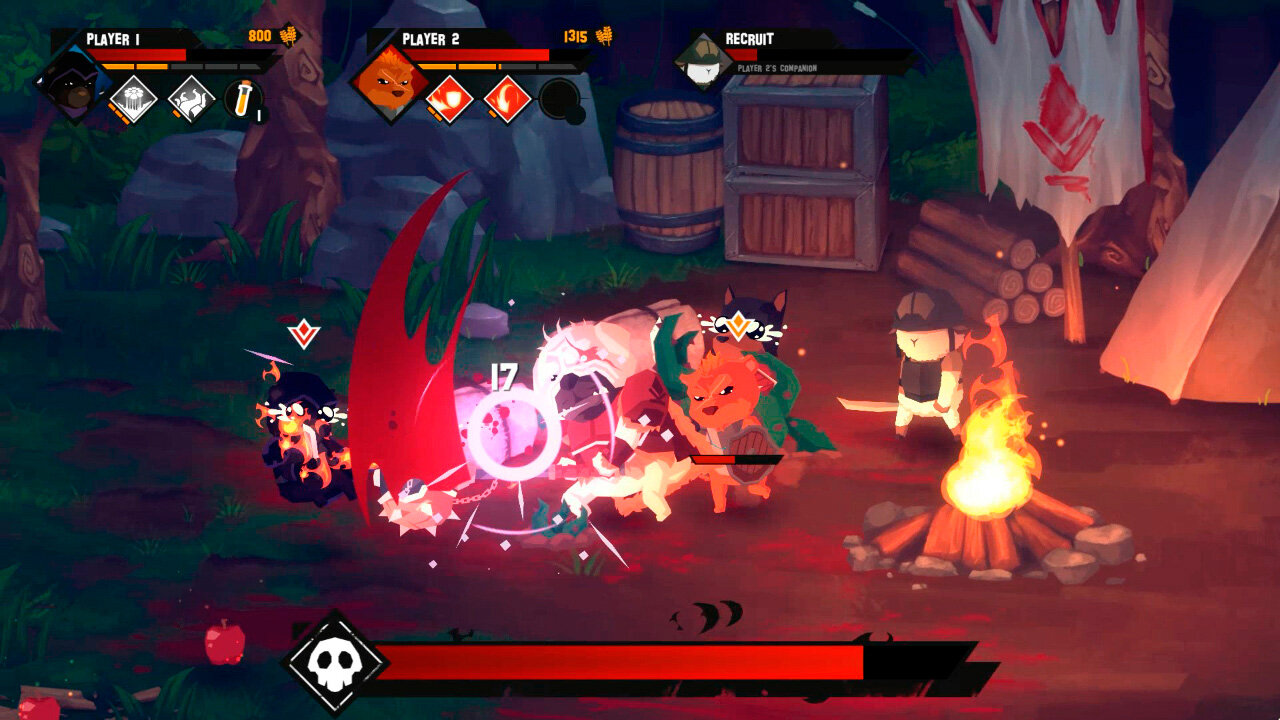 Visually, Paw Paw Paw looks great with well designed areas and characters. You’ll unlock additional characters as you progress through the story, and each of these has their own unique look and skill set. There are four different classes of character, with one handed, dual wielding, two-handed weapons and bows available for each of the classes independently. You can buy (and find) new weapons, and these allow you to have a little bit of customisation over your chosen rebel - as well as increasing the damage you can do - particularly if you come across a Legendary Weapon. Enemies are varied too, with many of the low-level infantry having similar appearances, but changing depending on their roles. Bosses look great, with creative appearances ranging from the badass to the bizarre - we even came across a Hidden Boss by activating some rune stones, which took us by surprise at first, before realising we’d already come across one previously from chopping down too many trees! 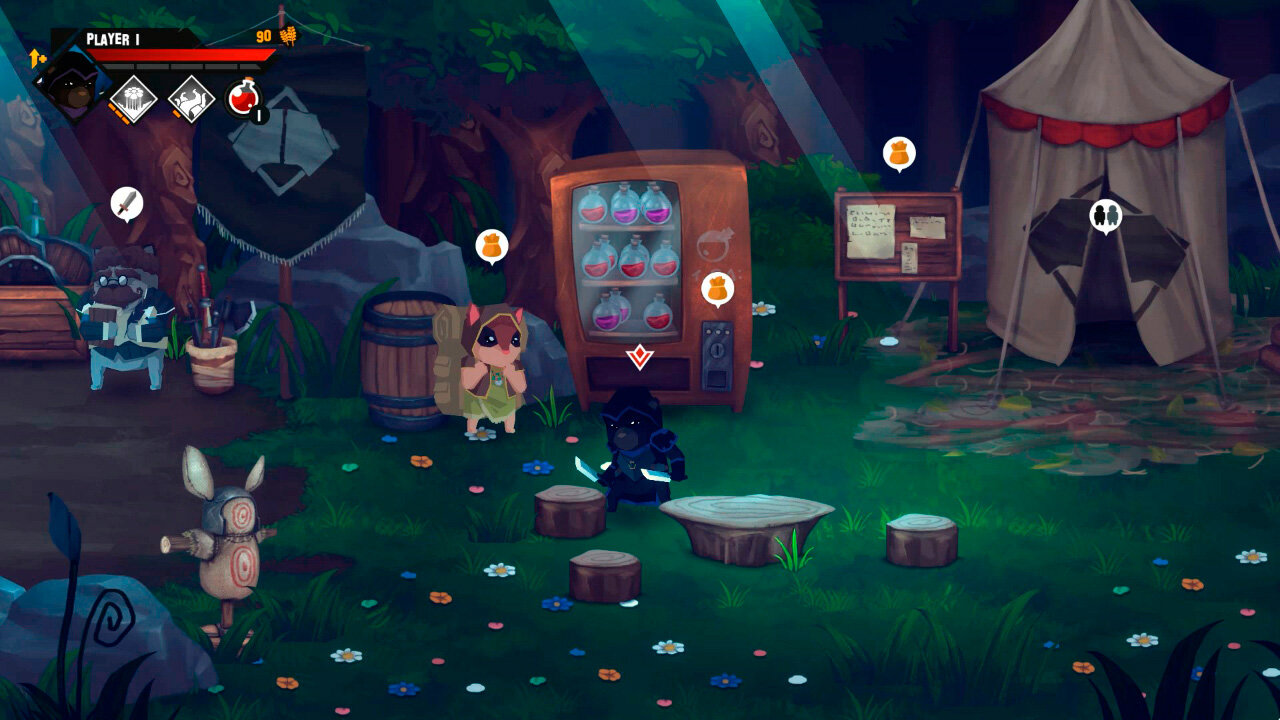 The music has a sort of electronic, almost dancey vibe to it and this works really well with the pacing of the levels. Picking levels works similarly to games like Castle Crashers, with a route map showing how everything connects, as well as giving ample checkpoints in the form of Outposts to stock up on supplies such as Potions, Mounts and new weaponry. You can also access your skill tree to spend skill points, unlocking new combos or increasing weapon proficiency to unlock higher tier weaponry for use. There’s also a recruitment board to hire recruits to help on missions, although beware that these can be purchased even with a full team of four, but cannot be used until someone leaves the party.

Each character has two special abilities, accessed via the left and right bumpers. These are built up by attacking enemies, and will regenerate over time with continued attacks. Attacks can be performed using X and Y, with various combos available as you unlock them for each character. It’s definitely good to prioritise upgrading through the skill tree as some of these moves can prove to make a huge difference in battle. Most levels play out the same, with all being fairly short in length, but every now and then you’ll get one that changes things up - such as snowboarding down a hill, weaving between all of the debris and trees in your way.

Ran into a couple of issues with characters glitching upon being knocked out, including a character being knocked out right beside some vines and any attempt to rescue them would kill the rest of the party one by one. Similarly, we had one character somehow flip upside down upon knockout - which somehow rendered us incapable of reviving. Accepting that you’re a man down and continuing on anyway isn’t even an option, as the game doesn’t allow you to continue without a player that’s already in the game, which resulted in us having to restart levels a handful of times.

Available on the Xbox Store for £9.99, it’s a great price. Playing it with others (such as with the kids) is the most enjoyable way to play, as it can be a tad grindy at times to get enough power behind you to progress - and it’s easy to get overwhelmed by enemies or bosses if you don’t have others to rely on to revive you in a pinch. It’s a lot of fun, and one that actually pleasantly surprised us the further into it we got.