You'd be forgiven for thinking you'd travelled back to the 8-bit era of the 80s when playing JoyMasher's Oniken: Unstoppable Edition. Originally released in 2012 for PC it has finally made its way to consoles, and we couldn't wait to get stuck in. 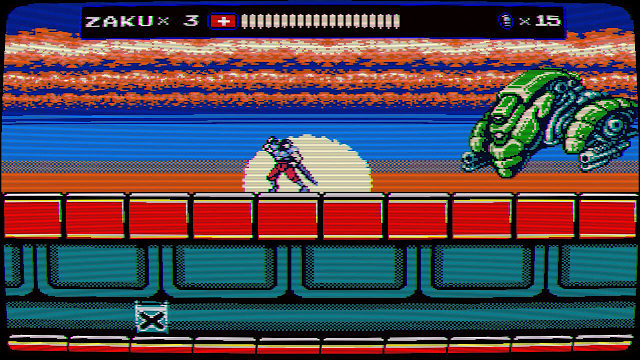 Set in a post-apocalyptic future where everything that survived is under control of a sinister corporation (isn't that always the way?), ninja mercenary Zaku is the last hope for humanity. It's up to you to take down enemies throughout the six brutally difficult levels and defeat the mysterious Oniken.

The pixel art style of Oniken is very authentic, and really gets the nostalgia going. It feels like an old game, and is very true to the old-school challenge that comes with these types of game. As mentioned before, this game is hard. You'll be frustrated, and infuriated, by the sheer volume of deaths that will come to pass. The controls are tight, but sometimes a stupid mistake or mistimed jump will cost you and you'll be cursing out the controller - because it simply couldn't have been you that messed up. 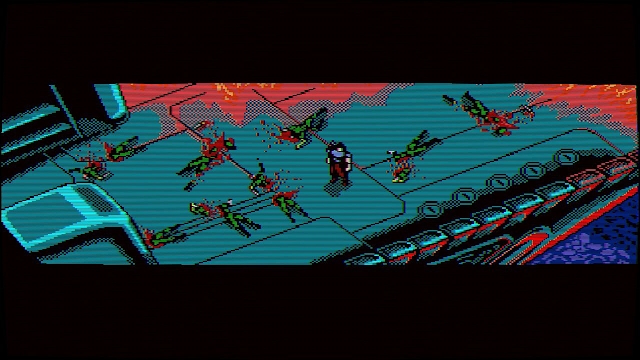 It's easy to feel defeated by games like this. Figuring out how best to complete a level is like creating an interpretive dance. Mistakes can be made, and you'll frequently feel a wobble, but trying to let loose and just go with the flow is often where success lies. I'm all too guilty of it, myself. Sweaty palms from repeated attempts, and stressing over what enemy moves where. Yes, learning the enemies' movements and where you should move in response will help, but getting too worked up about dying (and then rushing to speed things up, causing more deaths) just spells disaster.

There's lots of variation in enemies here, and the levels are well designed. The aesthetic can be enhanced by toggling options to play with a CRT monitor effect, or a 4:3 aspect ratio to really kick up the retro factor. Everything flows really well, and nothing feels out of place here.

Broken into three stages, each of the six levels has a lot going on, therefore a lot of places to fail. The challenge of wanting to keep pushing onwards is something that Oniken really gets right here. For some the difficulty may be offputting, as you will die. A lot. So if you like a challenge, Oniken might be right up your street.