Green Dinosaur Games’ Duck Souls+ is an adorable, fast-paced action platformer in the vein of Super Meat Boy, but with a much less frustrating difficulty. You play as a cute little duck on a mission to save his species by finding all of the missing eggs. 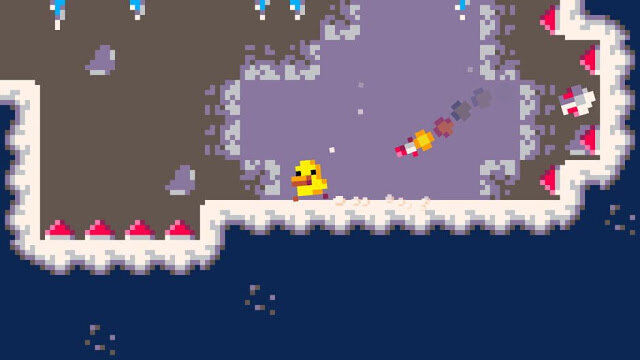 With 100 levels to work your way through, there’s plenty to keep you busy. Some levels are harder than others but luckily most of them can be achieved fairly quickly. Deadly traps are placed throughout the levels, ready to obliterate your tiny little duck body and prevent you from rescuing the eggs. Like most games of this style, you will die a lot due to these traps. Thankfully, the reset of each level is quick and gets you right back into the action almost instantaneously, however sometimes this can leave you at a disadvantage as you are so eager to go again that you immediately die a further five times. It's so counter intuitive, but taking it easy really helped to get me through the tight spots or to time a jump perfectly. Buuut, I'm not always a follower of my own advice. Plenty of times I would just gun it and get so far successfully before turning into a panicky, sweaty-palmed mess before failing. Allan on the other hand seems to function better with the stress of going at speed, utterly putting me to shame. 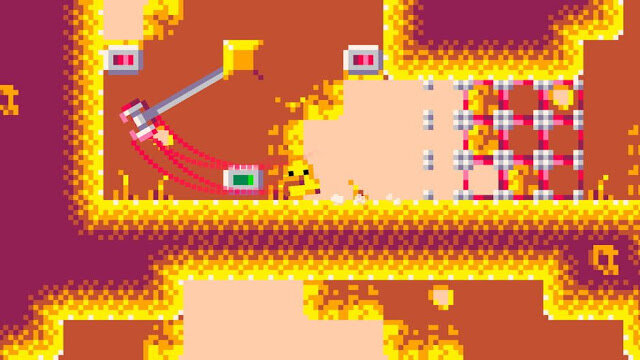 Done in a bright, colourful pixel-art style, Duck Souls+ is a very aesthetically pleasing game. Levels are intricate, but laid out well enough that the pixel-art doesn’t hinder your ability to see the traps you have to navigate around. They’re also short and snappy enough to prevent you from getting bored too easily. As mentioned before, the game is very similar in style to games like Super Meat Boy, so don’t take the similarity in title to Dark Souls to heart. It was likely named as for the difficulty, however despite some frustrations at times; the game itself isn’t that hard.

From start to finish, Duck Souls+ can be completed in just an hour or two. A timer on screen continuously counts up the time spent playing, until you close the game or pause, that is. Around 70 levels in, Allan closed the game to sort out dinner and discovered it upon loading the game up again. Annoyed by the disappearing timer, he completed the rest of the game before restarting and playing from start to finish without pausing in order to have the timer there for the entire run… only to get no achievement or recognition for it. So taking too long just isn’t a factor, so don’t get yourself too bogged down by the timer looming over you. For completionists like ourselves, this game is ideal as it is quick to get through and the achievements are straightforward (aside from one secret one, but even that one is fairly simple). There's also 20 hats for you to collect, which can be equipped to give your duck a bit of personality.

Overall it’s a very simple game and one that we really enjoyed spending the short amount of time needed to complete it. And at the low price of just £4.99 on the Xbox Store, it’s a great little game for what it costs. Additionally, it is also available on Switch so if you’re looking for games that are quick and easy to get into, but similarly quick and easy to put down again, then this might be a perfect option for you. I feel that it would be a great travel companion, which is one of the few reasons I’m tempted to double dip.