Lululu Entertainment’s Bämerang is a first-to-three boomerang tournament where you and up to three friends can all face off in a battle, with the goal of being the first to collect 30 golden points (although I could have sworn they were tortilla chips) and win the goddess’ favour. Win three rounds, and you’ll be rewarded with a golden boomerang to commemorate your win. I should add that there’s sadly no single-player mode, so you will need at least one other person to play with - you can play free-for-all or split into teams, but the goal is the same - use your boomerang to knock down opponents and steal as many points as possible.

Maps change between levels, with over 20 different layouts available, given to you at random. You can use any structures as cover, to help you take someone by surprise or just to offer some added protection when trying to gather points. The points will pop out of the ground over the course of the level, but the best - and fastest - way of gathering them is to knock down an enemy and scoop up their losses. 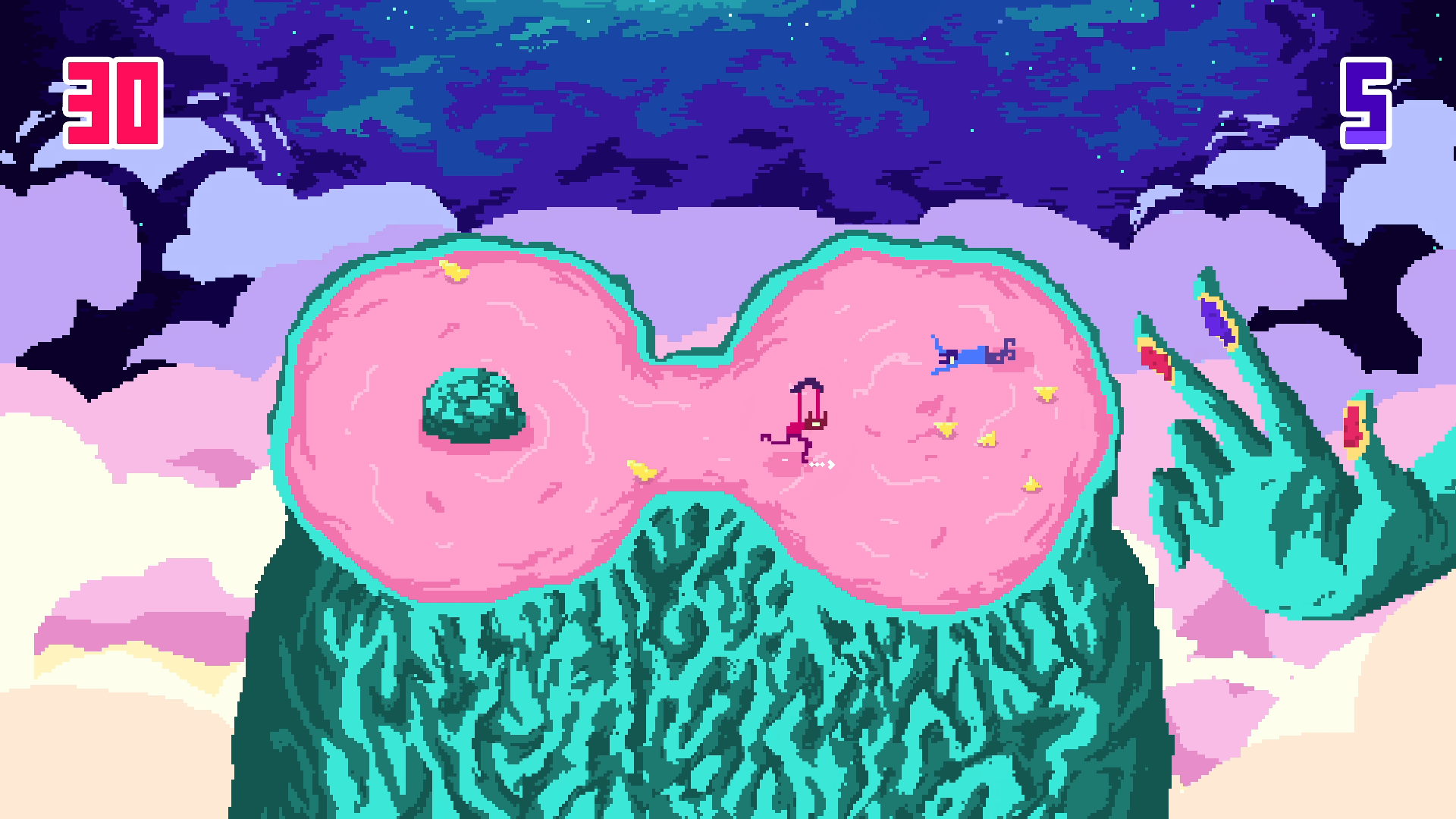 Visually, Bämerang has a really gorgeous colour palette, with a simple pixel art style. The characters each have the same little hunched over, gangly-limbed appearance, differentiated by their individual or team colours and the arena appears to be atop a living being - as it has the same ‘skin’ colouring as the goddess herself, and grows at the end of each level into a new form. The audio is enjoyable with fresh, bouncy tracks composed by Lucien Guy Montandon, that are super catchy and will stick in your head for hours afterwards. One of the songs is titled “Bäm Dänce” which picks up a hilarious alternate meaning to a childish Scot like me. 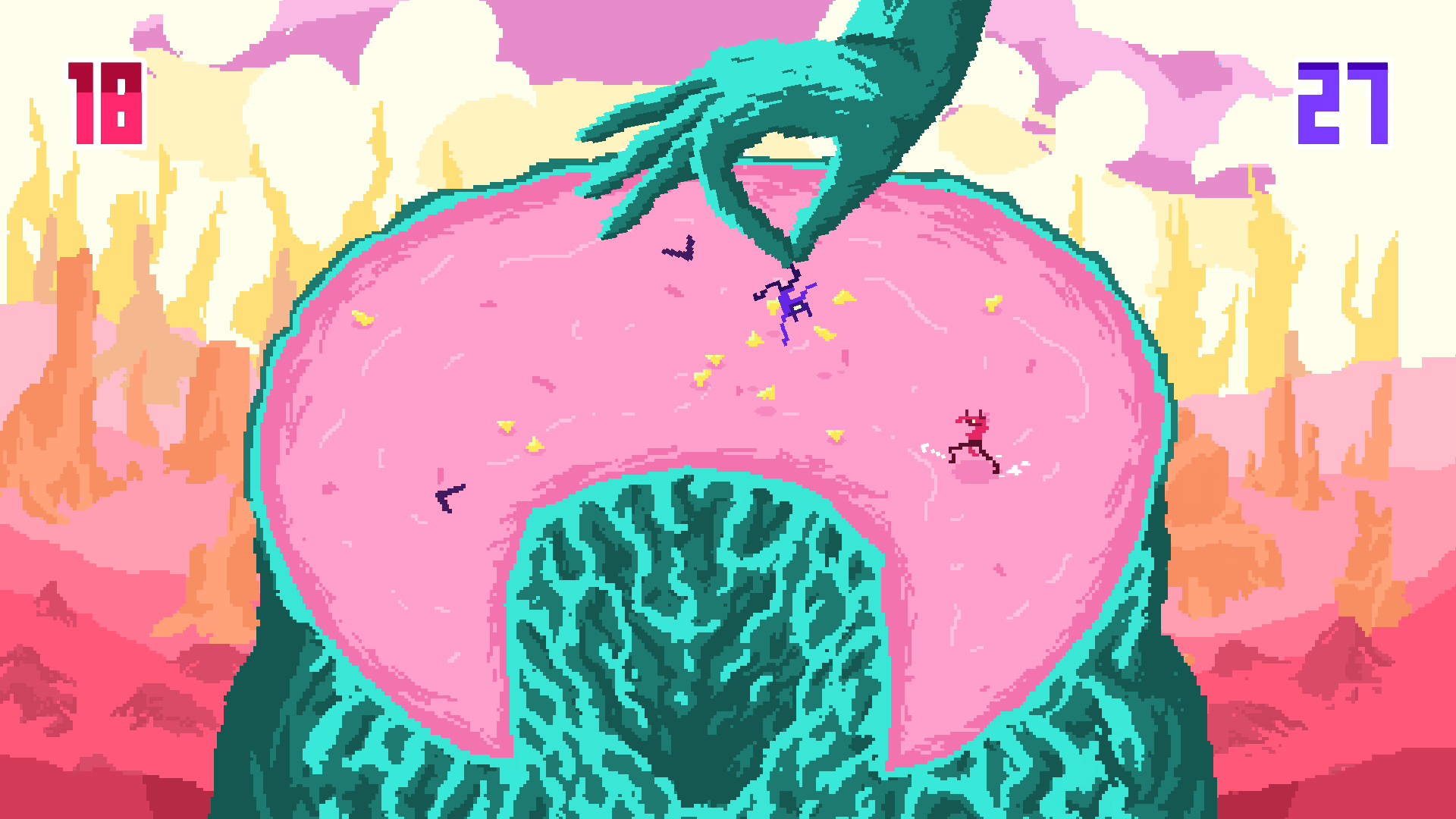 With the fairly small map sizes, and the mayhem going on within them, it can be very easy to topple off the edge. Thankfully, the goddess will pick you up and place you back on the map, but not before giving you a shake to drop some of your coveted points. Getting hit with a boomerang will also cause you to drop points, and with only 30 being needed for a win, the power can shift multiple times a round in quick succession. Remaining alert for danger, as well as to grab points when they appear, is a bit of a challenge - and finding the right balance between offensive and defensive play is key. We’d have liked to see the ability to catch boomerangs as they come towards us, depending on your timing, as this would add a little more strategy to the game, as well as negating some of the frustration from repeated hits. 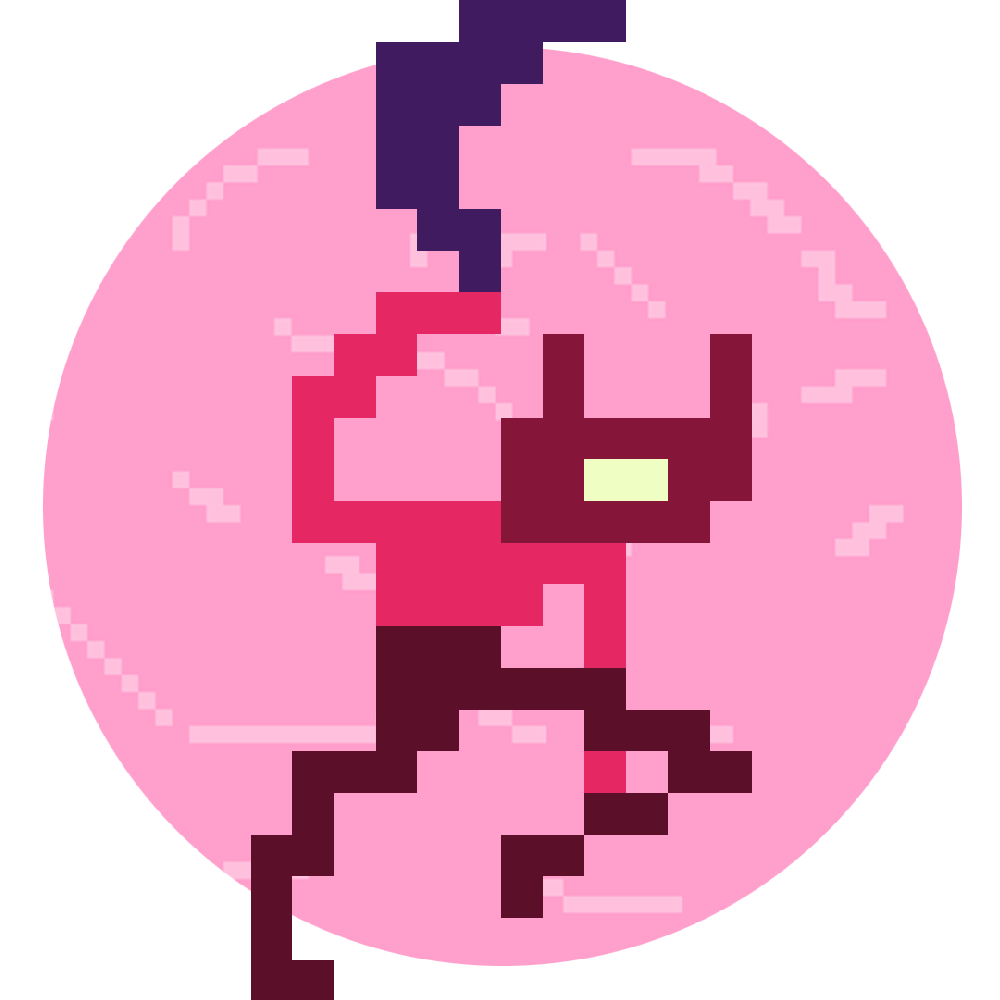 At £5.99 on the Switch eShop, Bämerang is a fun party game that serves its purpose - but doesn’t have a great deal of longevity to it. It’s definitely fun in short bursts, but with a very repetitive gameplay style, and no incentive to keep playing such as unlockables, boss fights to work towards, alternative game modes or even an Online mode, it just doesn’t give us much reason to play it outwith the odd occasion that we’ve got friends over and we’re all in the mood to play something.